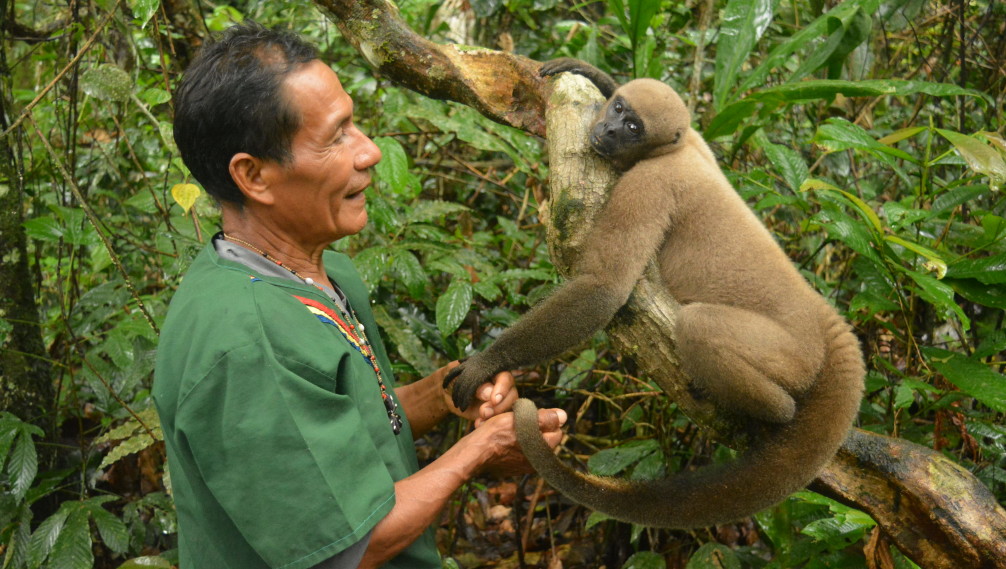 Wildlife specices are among the tourism attractions that can contribute to the economic development of a destination.

Better understand the issues of animal trafficking, particularly by visiting an animal shelter.

Mildred, Manager of El Mariposario of Paway (Putumayo, Colombia) shares her vision on the subject in the video above:

“In this reserve, we have a plan of recovering of wild fauna which was previously confiscated by illegal traffic, ill treatment, circus taming. We started a process to protect those animals; we got an agreement with the environmental CAL of Putumayo, we belong to wild fauna friend network. It is why in this reserve can be found several turtle species, aras ,woolly monkeys, white-headed capuchins, spider monkeys, parrots. And the main idea is to re-adapt these animals to the jungle; since, many of them were shut in cages. So, we offer them a habitat which is quite similar to their native ecosystem; in this way, they get readapted.

Furthermore, this place is open to visitors. We tell them each animal story to impact them so they can become more aware about the bad adventures these animals have gone through. Tourists are told about the law that forbids the sale, commercialization and traffic of wild fauna.

People who work on ecotourism can contribute also to fight against wild fauna traffic. First, being informed about the illegal practice of wild fauna commercialization and taming. Second, doing something about it; calling the police and not allowing it; for instance, here in Mocoa, in the past, this activity was common, since, people did not know about it and aras and other animals were frequent seen in hotels. Nowadays, calling police department is the most appropriated thing to do; since they already have a whole process to fight against the wild fauna to keep and return them to their natural environment. Third and finally, educating people, so tourists can observe and learn about those species; how they live and behave, and visitors can stare at them in their natural ecosystems, but not just in a photo, a hotel, in a cage or in an inappropriate place knowing, explaining and defending the biodiversity is to think over the biology.”